Last week was a great one here; Where the Wild Cherries Grow was released in the US by St Martin’s Press in a beautiful hardback edition. 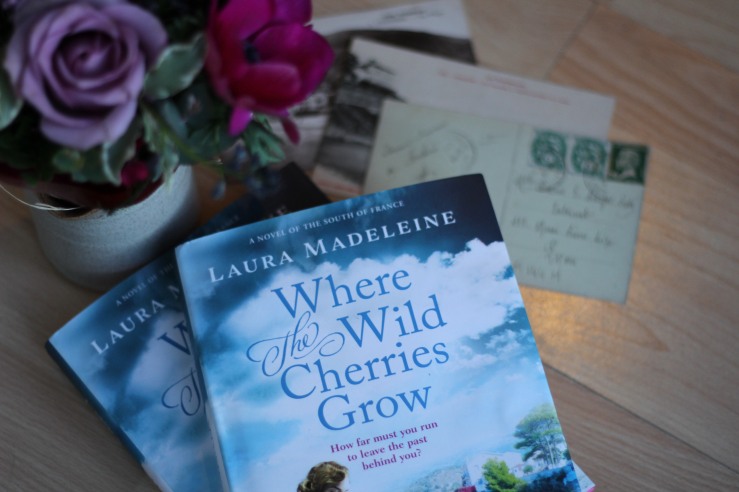 The response from readers and bloggers so far has been wonderful; a huge thank you especially to Erika Robuck for hosting a recommendation, review and giveaway on her blog, and to Deborah Kalb for hosting a Q&A. Thanks, of course, go to the team at St Martin’s Press for all their hard work too.

Keep your ears out for the audiobook version from Macmillan Audio! Where the Wild Cherries Grow has also been translated into Italian (as La Ragazza delle Ciliegie) and German (as Der Duft von Meer und Thymian). Details on the Books page!

You can pick up a copy of Where the Wild Cherries Grow at the following places: Indiebound / Amazon / Barnes & Noble / Books-A-Million / Powell’s

… or of course, your local library. 🙂

I’m going to jump on the bandwagon with the sentence that everybody is saying today: I can’t believe it’s March already!

We’ve officially left February behind, with its long, grey days of neverending winter. Now, the daffodils and irises are out in my garden, the blossom is starting to froth on the trees and spring is on the way.

And I have some exciting news for readers with kindles and other e-readers, which is that my latest novel Where the Wild Cherries Grow is scheduled to be released in e-book version early, on 23rd March!

It’s currently available to pre-order on Amazon, in ebook (£4.99) and paperback.

I’m afraid that paperback readers will have to wait until the official release date of 15th June 2017 – sorry! – although eagle-eyed shoppers may be able to find early editions in WH Smith Travel shops from April. I can promise too that there’ll be all sorts of exciting content, interviews, articles and recipes appearing between now and then.

I’d like to take this opportunity to thank all of my readers for their patience regarding the publication of this book; as you may know, it was originally intended to be published last year, but for various reasons (ah, the mystical world of publishing) has been delayed. I’m so excited that it will finally be making its way onto shelves, it feels like I’ve been waiting a long time. I can’t wait to pass it on to new readers.

Thanks again, and more from me soon!

Last week I received some gorgeous-looking proofs, and as a result am exceedingly excited to finally be able to reveal news about my new book… Although some of you may remember that it was originally scheduled for publication in August 2016, after a few delays (plus a re-titling, and a re-design) I’m thrilled to say that this is it! The official version.

It’s called Where the Wild Cherries Grow, and is due to be published by Transworld on 20th April 2017. 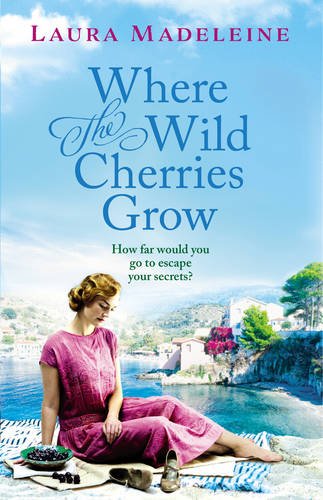 I closed my eyes as I tried to pick apart every flavour, because nothing had ever tasted so good before. It was love and it could not be hidden.

It is 1919 and the end of the war has not brought peace for Emeline Vane. Lost in grief, she is suddenly alone at the heart of a depleted family. She can no longer cope. And just as everything seems to be slipping beyond her control, in a moment of desperation, she boards a train and runs away.

Fifty years later, a young solicitor on his first case discovers Emeline’s diary. Bill Perch is eager to prove himself but what he finds in the tattered pages of neat script goes against everything he has been told. He begins to trace a story of love and betrayal that will send him on a journey to discover the truth. What really happened to Emeline all those years ago?

As the cover hints, this book swaps Paris for the wild foothills and coast of French Catalonia; the refinement of French patisserie in The Confectioner’s Tale for earthy, sun-drenched, vivid, passionate flavours that are hopefully just as transporting. Readers of The Confectioner’s Tale might even spot the odd familiar face… And of course, it includes a special recipe.

I’m so excited to finally be able to share this book with readers. I just hope you’ll enjoy reading it as much as I loved researching and writing it.